Tax and the Spring statement – No Major Tax Changes 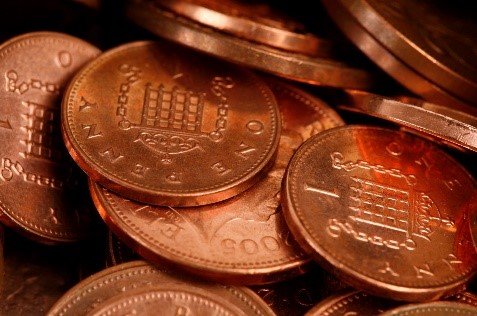 As announced last year, we now know that the Chancellor’s Budget will, in future, take place in the Autumn each year, as opposed to the Spring. And, in his 13 March Spring statement, we saw the Chancellor choosing to focus on the state of the economy. As he hardly mentioned any tax changes and stated that there is “light at the end of the tunnel”. We can see that this contrasts with other recent Chancellors such as Gordon Brown and George Osborne, who used both the Spring Budget and Autumn Statement, to make tax changes announcements.

New Consultations – Should You Be Concerned?

Should you be concerned by the fact that the Chancellor announced a number of tax consultations into possible future changes? Well yes and no. Yes, if you are worried about the possible changes to the VAT registration threshold. And yes, if you are part of the businesses deliberately operating below the VAT threshold (currently £85,000), as that adds 20% to the price of the goods and services. If this is your case, you could be allowed to exceed the threshold by up to 50% for one year, without the need to register for VAT. HMRC is also seeking views on how they can engage with online platforms, such as eBay and Uber, to promote tax compliance among its users.

Cash And Digital Payments In The New Economy – Do you still use cash?

Do you still use cash? As we could shortly see the possible demise of the 1p, 2p coins and the £50 note, but for different reasons. It seems that more and more of us are paying for small transactions, such as our morning coffee, by using contactless payments. If you still pay in cash and where the cost is say £2.99, you would tend to put the penny change in the charity pot, and many are thrown away! Whereas, the £50 note has been linked to money laundering, and other illegal cash-based payments. But, we are forever increasing our contactless transactions. Which means that with a consequent reduction in the number of small coins in circulation, this will have a significant impact on the charity sector. As many charities are reliant on peoples’ small change being donated outside supermarkets and stations.

When considering the future of cash in the economy, you also have to think of the role of cash in tax evasion and illegal activities. If you are part of the vast majority of traders and businesses accepting payments in cash, you do so honestly. However, in some cases, the anonymous and untraceable nature of cash transactions, is perceived to facilitate tax evasion, hidden economy activity, or money laundering. This harms the honest majority of businesses, like yours, who find it harder to compete, and it means less money goes towards our vital public services. HMRC are aware that payments in cash can be a problem for tax compliance. In some cases, this is because taxpayers find it difficult to keep accurate records of all their transactions. HMRC have identified that cash is used by a small minority of people to hide or disguise their taxable income by not reporting, or under-reporting, what they owe. The increasing use of our digital payments and reduction in the use of our cash could have a positive impact on increasing tax compliance and decreasing money laundering. However, the increase in our digital payments may only have a limited impact, especially if the dishonest minority continue to use cash to hide or suppress their income.

Could the next step be to make it mandatory to pay your window cleaner or gardener electronically? Not just yet…

Whilst we are on the subject of the reduction in cash transactions, we take this opportunity to remind you of the Gift Aid Small Donations Scheme (GASDC). Under this scheme, your dedicated charity or community amateur sports club (CASC) can claim top-up payments on small donations up to £20.
From 6 April 2017 your dedicated charities have also been able to claim tax back on donations made using contactless technology, such as a contactless credit or debit card. As opposed to before 6 April 2017, when your charities could only claim top-up payments on small cash donations. Cash donations could be in coins or notes that have been collected and banked in the UK. Your charity does not need to know the identity of its donors or collect Gift Aid declarations. GASDS claims are worked out in the same way as Gift Aid. If the basic rate of Income Tax is 20%, your charity can claim a GASDS top-up payment of £2,000 on up to £8,000 worth of small donations. This is limited to 10 times the amount that your charity receives in Gift Aid donations that tax year.

Scottish Income Tax Rates Due To Rise From 6 April 2018 – Are You Affected?

The Scotland Act 2016 provides the Scottish Parliament with the power to set all income tax rates and bands that will apply to Scottish taxpayers’ non-savings, non-dividend (NSND) income for tax year 2018/19. As of 6 April 2018, there are significant discrepancies between the Scottish rates of income tax and the rates paid by taxpayers in the rest of England, Wales and Northern Ireland. Will this result in some taxpayers moving south or supplying their services via limited companies to avoid this increase? From 2018/19, the Scottish higher income tax rate will be 41% on income between £43,430 and £150,000 where the top rate is 46%. Under the Scottish system, there is a 19% starting band on the first £2,000 of taxable income, and an intermediate rate of 21% for income between £24,000 and £43,430. The 20% rate applies to income between £13,850 and £24,000 (taxable income £2,001 to £12,150).

If you employ Scottish taxpayers, they have a special S PAYE code, so the payroll software collects tax correctly.

Tax Efficient Extraction Of Profit From Companies For 2018/19 – Does it apply to you?

With this new tax year, if you are part of the many directors of family companies, you will certainly be considering the most tax efficient method to pay yourself. And for many years accountants and tax advisors have suggested that, as a director/shareholder, you should extract profit by paying yourself a low salary. And that you should then extract the remainder of your income in the form of dividends.

Although dividends are not deductible in arriving at the company’s taxable profits, they do not normally attract National Insurance Contributions (NICs). The starting point of NICs rises to £162 a week from 6 April 2018. This is now significantly lower than the £11,850 personal income tax allowance. A salary just below £162 a week, £8,424 a year, would mean no NIC would be due, but would be sufficient to count as a qualifying year for State Pension purposes (if above the £6,032 lower earnings limit).

Remember that if you are an employer, other than a director as the only employee, you are entitled to a £3,000 employment allowance, that you can set against employer’s NICs. If you have not utilised this against NICs on staff wages, then consider increasing your directors’ salaries up to £11,850. As the additional salary would save corporation tax at 19% on the £3,426 extra salary, which equals £651, whereas the employees NIC would be £411.

Don’t forget that this dividend tax will then be due on 31 January 2020.

Lotuswise Chartered Accountants and Business Consultants can help support you and your business discussing the implications of the Spring statement, and other ways in which you can extract profits from your family company tax efficiently. To find out how, please contact us. To also get even more useful business and finance information and tax advice tips, check out our app on Google or Apple stores.